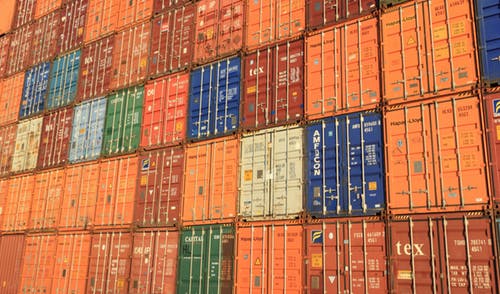 Describing the formidable challenges facing the HealthCare Industry during the Covid-19 Pandemic, Wahiba Hall observed, “Bayer has demonstrated a great deal of innovation, flexibility and agility in  its supply chain since the pandemic started while managing teams across different functions in different parts of the world”. Capacity has been stabilizing but unfortunately transport prices have increased tremendously.  She added, “As has the whole industry, we have experienced delays in customs due to bottle necks in and out of high volume trade lanes.  During this pandemic the whole industry has had to deal with ever-changing regulations, especially for import and export of PPE where major trade lanes are saturated, like APAC to U.S and APAC to EU.” Not surprising, in these turbulent times, Wahiba Hall explained how she has had to rethink change management, making it more agile and flexible by ensuring compliant on-boarding of additional carriers. Wahiba Hall reiterated that “Compliance and Quality have and will always be the utmost priority for us at Bayer.”

The Worst Hit Industry of Logistics

As passenger capacity has been taken out of the market due to the international travel restrictions, Edward DeMartini pointed out, “Airlines are going into a full blown restructuring mode as they position themselves to be 50 to 60% of what their size was pre-Covid-19. This is not just from an aspect of parking aircraft but from a retirement of aircraft, going to their employees and looking to have fewer pilots on board, less flight attendants and everything else. The prevailing theory is that we’re not going to get back anywhere to where we were for at least the next two, maybe four years, so that passenger capacity reduction has been filled tremendously within specific trades.”

He elaborated that, “The pharma healthcare industry has probably been impacted greater than some of the other industries around the world simply because pharmaceuticals travel across the transatlantic, from North America to South America, and Europe to South America. Historically, the transatlantic trade depended 60 to 70% on passenger-wide-body aircraft and the southbound trade was dependent almost 80% on passenger capacity. When you look at some of the maps overall, now we’re at about 28% less global capacity than we were a year ago, it does not sound that bad. But when you focus on the transatlantic, it’s off by 61% year on year. You focus on the southbound trades, it’s off by 80% out of Europe, year on year. Clients have been trying to adapt to this and have been driven by the aspects of general cargo, dangerous goods, passive temp control or active temp control.”

Edward DeMartini foresees, “In the future the networks are going to be much smaller so your options are going to be less. American airlines used to have a flight Chicago to Krakow, Poland, that’s not coming back, not anytime soon, and instead, the airlines will focus on the gateway to gateway moves, which means that you’re now going to have more shippers trying to go out of and into the same airport, and at the same time. You’ve got to look at what could be referred to as your tail, your random one-off lanes that weren’t real heavy but consistent, and they may be going into the markets like Eastern Europe or somewhere outside legacy gateways in South America. We must model how to take your heavy gateway to gateway flows, bring your tail into that , and try to leverage for stability both in rates and assurance of supply.”

Where the rubber meets the road, Jeff Trucker explained, “Trucking is experiencing a similar significant disruption. We’ve got 39 million people unemployed who have curtailed their spending.  When consumers curtail spending, there’s not enough things for trucks to move.”

Giving a shout out to the truck drivers, some of who were delivering medical supplies food and supplies into New York City, Jeff Tucker remarked, “In the first couple of weeks into the pandemic, when people were buying lots of toilet paper and last minute things, it bolstered trucking, but since then it has really just nosedived.” He observed, “The spot market is like almost non-existent. The economy and the trucking demographic devastations came at the worst possible time. We just had the longest economic recovery in the nation’s history which had added1 million drivers for-hire fleet. Just before the virus hit, we had the highest number of trucking companies in business with 248,000 trucking companies and 3 million drivers and 3 million tractors. In 2019, rates were softening a little bit but shippers had the upper hand in pricing. Even with overabundance of drivers and carriers, there was a supply-demand equilibrium nationwide. But, then the virus hit and the industry mothballed and you’ve got the historically highest number of drivers and trucking companies ever, looking for freight that just flatly isn’t there. So rates have gone down pretty dramatically. We’re two, three, maybe four years away from seeing freight volumes where they were just four months ago.”

Exacerbating the grim situation for the owner operators, it was reported that roughly thousand truck operators filed for chapter 11. It was not a reflection of how well you ran your business, you were bankrupt because they was not enough freight to keep the entity afloat. Jeff Tucker believes that, “ If there is a shakeout and if the economy rebounds like a hockey stick, which I’m not predicting, it could have an extremely detrimental effect on pricing for shippers, prices may go up to historic highs.”

The switch over from passengers to cargo changed the whole game for SkyCell, per Larry Tillem. He clarified that “To be GDP compliant, we’ve always operated inside of the block chain, along with IOT sensors. We recommend you talk through with all the providers of the supply chain what a shipment needs to be and you have to map all those points. We ensure GDP compliance in advance and also monitor it through. To ensure integrity of product quality, we embed sensors in our containers. Consider advanced sensors during these disruptive times and beyond time for it’s truly worthwhile. Today in the pandemic, flights are not going as scheduled and container equipment does not necessarily take the priority that it did prior to Covid. What we’re seeing is that sometimes freight is being pushed out a day or takes a route that was not originally planned. If you’re able to map that through, you’re going to be able to adjust and think on the fly. But it’s really critical that you work with your third party providers and fourth party providers to stay within GDP compliance.”

Airports and Cargo Hubs: Casualties of the Pandemic

Lorant Kovacs stated, “Our logistics execution happens at airports and cargo hubs. Covid has impacted the infrastructure quite severely. The cargo handlers who load freight onto an airplane and off-load it at destination have been afflicted by the Coronavirus and do not show up for work. Airports like JFK, Los Angeles ad some European cargo hubs have experienced slowdowns.”

He elaborated that “From the carrier side, 55% of all capacity is gone. We have also seen a higher level of usage of the hub space, especially for the temperature- controlled cargo. Hopefully as of June, we will see an injection of capacity coming back in. One of the unintended consequences of the economical turndown certainly is that investments that were planned in the space are maybe postponed or, or certainly delayed.”

Knowing that the devil is in the details, Lorant Kovacs emphasized, “While carriers and service providers have been very good in implementing procedures and solutions that extend the temperature integrity of the temperature-sensitive goods. The temperature curve must be flattened throughout the time on the tarmac where active or passive containers are not deployed.”

A follow up Forum discussion is planned after the market is reopened and restoration efforts are underway. 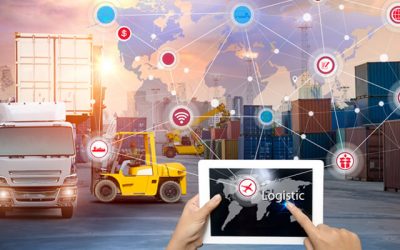 RESTORATION OF THE LOGISTICS NETWORK POST-COVID-19 WILL BE ONEROUS – THE OUTLOOK OF LOGISTICS EXECUTIVES!

In a recent BSMA COME TO ACTION forum, eminent logistics executives addressed the unprecedented challenges of COVID-19 and had a grim outlook for the recovery in the long term. The distinguished members of the round table were: Jeff Tucker (CEO, Tucker Company...

END_OF_DOCUMENT_TOKEN_TO_BE_REPLACED 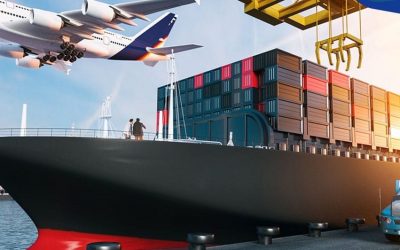 From Pearl Harbor to the War on Terrorism, today we have not anticipated the obvious with the COVID-19 pandemic. In recent weeks, ensuring supply chain resilience is at the  advent of a new war. Supply chain professionals are  fighting the Novel Corona Virus and its relentless and voracious appetite to adversely impact  the weakest links in business continuity planning, supplier relationship resiliency, and  product availability to patients.

END_OF_DOCUMENT_TOKEN_TO_BE_REPLACED

RESTORATION OF THE LOGISTICS NETWORK POST-COVID-19 WILL BE ONEROUS – THE OUTLOOK OF LOGISTICS EXECUTIVES!

In a recent BSMA COME TO ACTION forum, eminent logistics executives addressed the unprecedented challenges of COVID-19 and had a grim outlook for the recovery in the long term. The distinguished members of the round table were: Jeff Tucker (CEO, Tucker Company...

END_OF_DOCUMENT_TOKEN_TO_BE_REPLACED

From Pearl Harbor to the War on Terrorism, today we have not anticipated the obvious with the COVID-19 pandemic. In recent weeks, ensuring supply chain resilience is at the  advent of a new war. Supply chain professionals are  fighting the Novel Corona Virus and its relentless and voracious appetite to adversely impact  the weakest links in business continuity planning, supplier relationship resiliency, and  product availability to patients.